Notice of Intent to Adopt 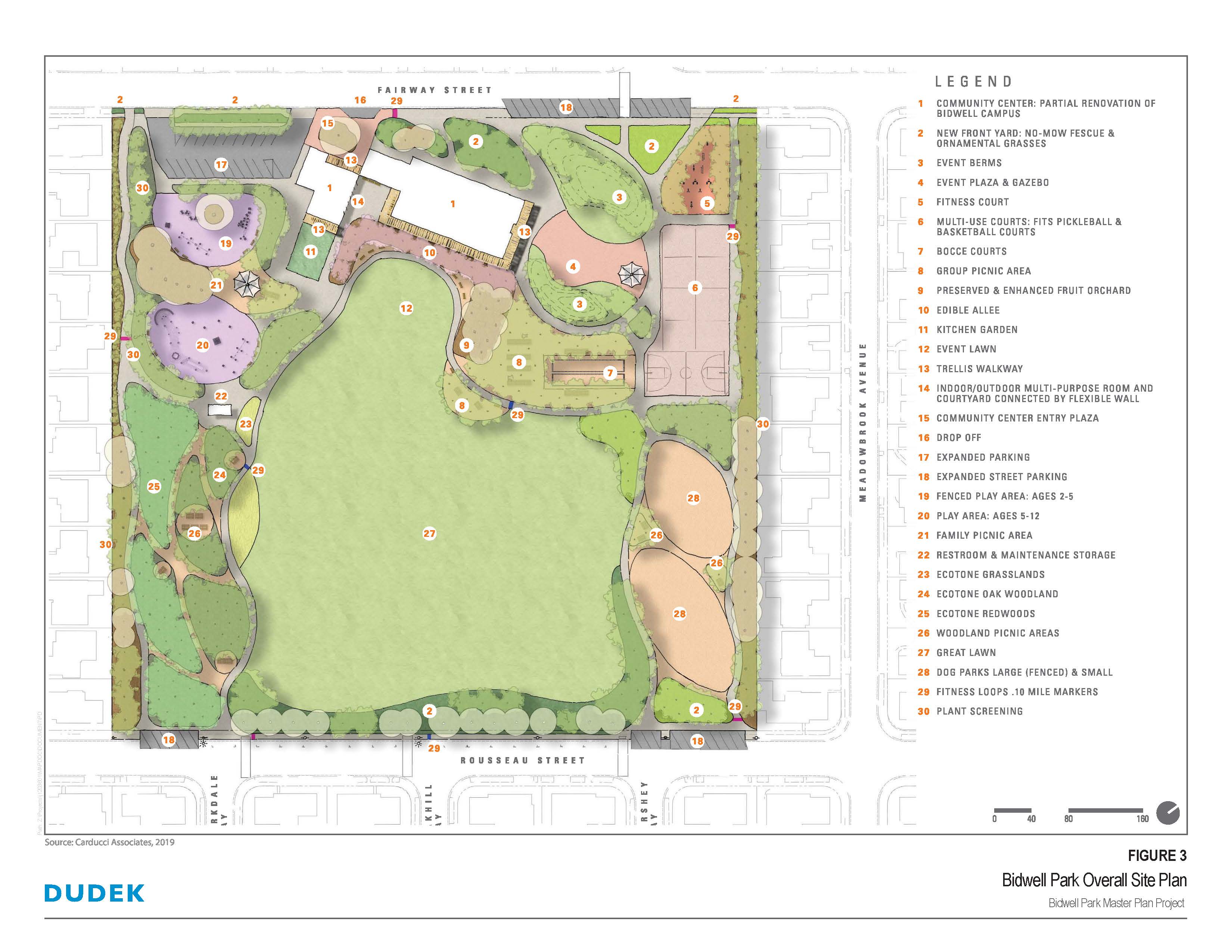 Project Location: The proposed project would be located at 175 Fairway Street (Assessor Parcel Number 78G-2704-002-01), in the southeastern portion of the City of Hayward in Alameda County. The 10.5 acre property includes the former Bidwell Elementary School and the adjacent existing Bidwell Park. The project site is bounded by Fairway Street, residences along Meadowbrook Avenue on the northeast, Rousseau Street, and residences along Carroll Avenue on the southwest. The surrounding area is a predominately single-family residential neighborhood.

Project Description: The proposed project would expand the existing Bidwell Park onto the former Bidwell Elementary School campus and improve the existing park facilities. The existing school facilities would be repurposed to create a community center with event and lawn space, play and picnic areas, multi-use courts, pedestrian paths, and dog parks. The rear building (south classrooms), would be demolished. New pedestrian access points to the park would be created and a new drop-off zone on Fairway Street would be constructed in front of a new entry plaza and the community center entrance. On-street parking on Fairway Street and Rousseau Street would be reconfigured from parallel to diagonal parking to create three additional spaces on Fairway Street and five new parking spaces on Rousseau Street. The existing school parking lot would be reconfigured to include six new parking spaces. The project site is not on a list of sites as described by Government Code 65962.5 (LUST Cleanup Site, State Water Resources Control Board).

Public Review Period: A 30-day public review period will begin on September 4, 2020. Written comments must be mailed, submitted in person or via email to the contact person below no later than 5:00 p.m. on October 5, 2020. The Draft MND and all related analysis are available on HARD’s website at https://hard.icitywork.com.

Public Meeting: On a date to be determined, the HARD Board of Directors will consider the proposed project and the MND at a public meeting. Any updates regarding project meetings can be found on HARD’s website.